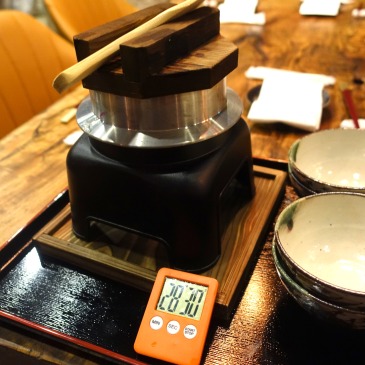 Zipang is newly opened contemporary Japanese restaurant; which in the ancient Japanese language means Island of Gold. The restaurant is helmed by Executive Chef Tomohiro Kitagawa from Kyoto, who’s claim to fame is a stint at kaiseki restaurant Arashiyama Rantei in his hometown, and is also known for his sophisticated kappo cuisine. … END_OF_DOCUMENT_TOKEN_TO_BE_REPLACED

This is the most expensive bowl of ramen I’ve ever had – at S$38 a pop.It’s the Alba Truffle Ramen at Uma Uma Izakaya. Apparently, the White Truffle price has dropped 30% this year compared to prior years – even then, this precious mushroom costs around US$3,000 to US$7,000 per lb! Is it worth the indulgence? … END_OF_DOCUMENT_TOKEN_TO_BE_REPLACED 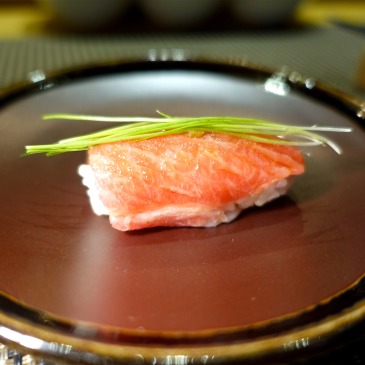 Taiwan probably has the best sushi outside of Japan that doesn’t demand an arm or a leg, or your newborn. 一宗壽司 (YiZong Sushi), hidden down a quiet alley in Taipei in a lovely old house, delivers an amazing omasake experience, featuring top grade ingredients from Japan and equally high quality local produce like the Squid, Wild Clams, and sweet “Black Throat” fish. The young but talented chef is one to watch. … END_OF_DOCUMENT_TOKEN_TO_BE_REPLACED

Coquo, which means “I cook” in Latin, located at the bustling Publika Mall in Kuala Lumpur, is another project by Chef Toni Valero, who comes with an impressive resume; cutting his chops at various Michelin-starred Spanish establishments like El Cellar de Can Roca and Mugaritz. The concept here works very well – cutting edge cuisine with a strong Spanish influence, incorporating Malaysian produce in a convivial ambience at friendly prices – what’s there not to love? … END_OF_DOCUMENT_TOKEN_TO_BE_REPLACED 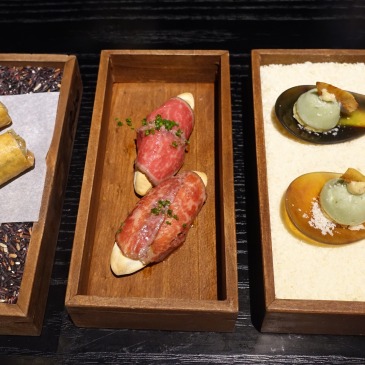 Babe is the brainchild of Japan-born Michelin-starred Chef Jeff Ramsey who tutored under Japanese ‘super chef’ Hide Yamamoto as Executive Chef of Tapas Molecular Bar at the 6-star Mandarin Oriental Tokyo hotel. The restaurant dishes out mesmerising views of of the KL city skyline, accompanied by playful and artsy modern Japanese-tapas, or “Japas” as Ramsey terms it. A gourmet discovery not to be missed; one that’s filled with culinary mind games. … END_OF_DOCUMENT_TOKEN_TO_BE_REPLACED 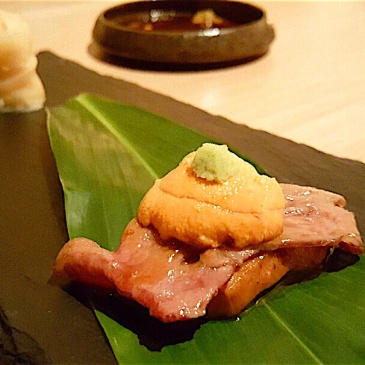 OKU in Japanese means the peeling back of the layers of an onion, and in poetry implies something abstract and profound, and is intended to represent the culinary journey that diners will experience at this restaurant, located in the heart of Jakarta and helmed by Chef Kazumasa Yazawa, who has cut his chops at several top-notch dining places – in Singapore at IZY and Waku Ghin in Marina Bay Sands, and Tetsuya’s in Sydney, creating a modern make-over on traditional Japanese dishes. … END_OF_DOCUMENT_TOKEN_TO_BE_REPLACED 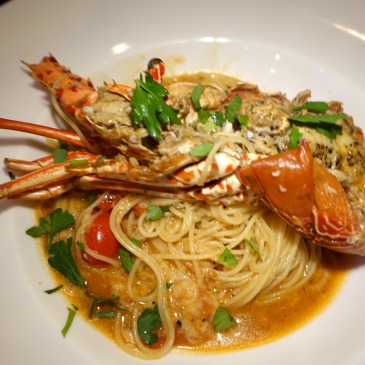 Discovered Pocoloco, an amicable Italian casual dining gem deep in the heartland of Ang Mo Kio. PocoLoco’s open kitchen churns out authentic and very affordable Italian fare. This tiny joint punches above its weight, even offering fancy dish like the Raw Canadian Oyster with Champagne Vinegar & Cream, and is now on our list of regular Italian haunts. … END_OF_DOCUMENT_TOKEN_TO_BE_REPLACED

Attention all Japanophiles! The 20,000 sq ft Japanese Food Town featuring 16 casual dining establishments handpicked from Japan is now opened at Isetan, Wisma Atria. One of the outlet is my fave restaurant in Japan – Inaniwa Yosuke that brings 150-year old tradition of craftsmanship and skill from the Akita Prefecture, famed for the silky smooth thin and chewy Inaniwa udon. … END_OF_DOCUMENT_TOKEN_TO_BE_REPLACED

Corner House, occupying a 1910 stately Black & White bungalow nestled within the UNESCO World Heritage Botanic Gardens, is helmed by Chef Jason Tan, who cut his chops at Les Amis and Le Saint Julien Restaurant in Singapore, and the 3-Michelin-starred Robuchon a Galera. His Gastro-Botanica contemporary cuisine embodies botanicals ranging from tubers, roots and fungi, to vines, fruits and herbs. The degustation dinner is one of our best meal in recent memory. … END_OF_DOCUMENT_TOKEN_TO_BE_REPLACED 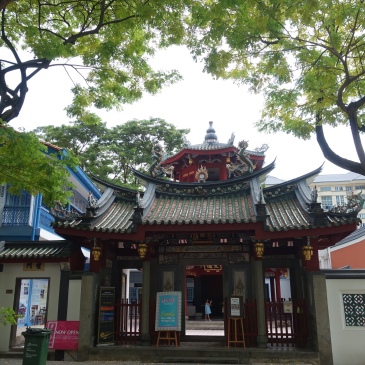 Chong Wen Ge’s eponymous cafe is a quaint lunch venue, built in the mid 1800s, adjacent to Thian Hock Keng Temple, the oldest Hokkien temple in Singapore. You can opt to have the local fare within the Pagoda – how cool is that? There’s a lovely shop right on the premises that features and sells beautifully fired Peranakan tiles. … END_OF_DOCUMENT_TOKEN_TO_BE_REPLACED